I don't think I'm that old.However, if someone had told me when I was in high school that one day soonthere would be internet that could travel through the air to a laptop, I'd havesaid that was a completely unrealistic expectation for the future. I alsoremember doubting in high school that digital photography could ever replacefilm photography, and I vividly remember scoffing at the prediction made by onemagazine article that suggested one day soon most people would have a phone intheir pocket that could both surf the internet and takehigh-resolution photos.

Fast forward to today and I am a little embarrassed by these Luddite*views. Who knew that I would be teaching in a school with complete WiFicoverage where I can instantly push assignments, media, or communications to mystudents and their parents. That I would be able to collaborate with teachersaround the world, arranging international pen pals for my students, or hostinga website to organize our school's Model United Nations conference. Who knewjust two years ago that this school would be Huamei-Bond International College.

At HBIC we have worked for the last few years to make our school moretech-centric. With almost half of our students bringing in their own devices(BYOD) and a school-wide rollout of WiFi, we are moving up the ranks from alow-tech school towards becoming an international leader in ed-tech innovation.

We know that technology can never replace the cognitive processesinvolved in learning and which teachers are so instrumental in mediating. Wealso know that technology can be a force for both greater good and also greaterdisruption. But we also know that in order to remain both competitive,innovative, and, most importantly relevant within the rapidly expanding influenceof tech in our world, we must be ready to prepare our students from an earlyage.

Ten years ago when I came to China I was shockedto see an old lady driving a bicycle rickshaw talking on a mobile phone. I hadnever owned a mobile phone, and I was from the "developed West". Lastweek I was travelling on the 84A bus to the Huamei Campus. I discovered that itnow has free WiFi. If you had told me just two weeks ago that this would bepossible, then I too might have scoffed at you.

*Luddite: a Luddite is a person who is opposed to technologicalprogress. It comes from the name of a group of textile makers in 19th centuryEngland who resented the changes brought to their cloth making businessesbecause of the industrial revolution. 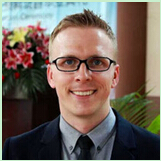