On 19th December 2016, our Germanclass of grade 7 received a special visitor from . Mr. Robert Eysoldt gave aworkshop for our German students. The workshop is a part of his global project“Farbwerte”. Mr. Eysoldt is the founder of “Farbwerte”, the project office forblack-red-golden affairs, that deals with German identity and its respective forms. He was invited by the German General Consulate of , which cooperated with , to bring this amazing experience to our school. 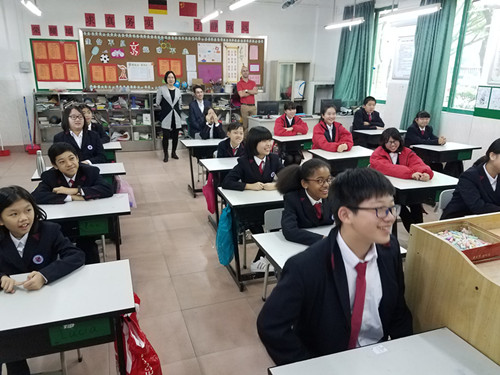 The students were very interested in all he hadto tell and were impressed by how creative Germans and German language learnersexpressed themselves by using those colors.

As part of the workshop, Mr. Eysoldt tasked thestudents with writing a letter to and illustrating the letter in the way they want, in order to express theirthoughts and feelings about .(photo 3+4) 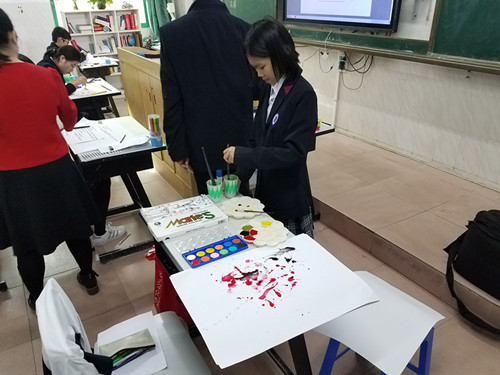 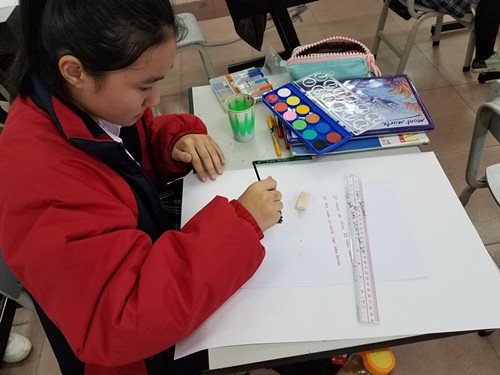 The students of grade 7 class 1 put great effortinto their work for several hours. While accomplishing their task they alsoused the time to ask their teachers and Mr. Eysoldt many questions about , theculture, the people and etc. 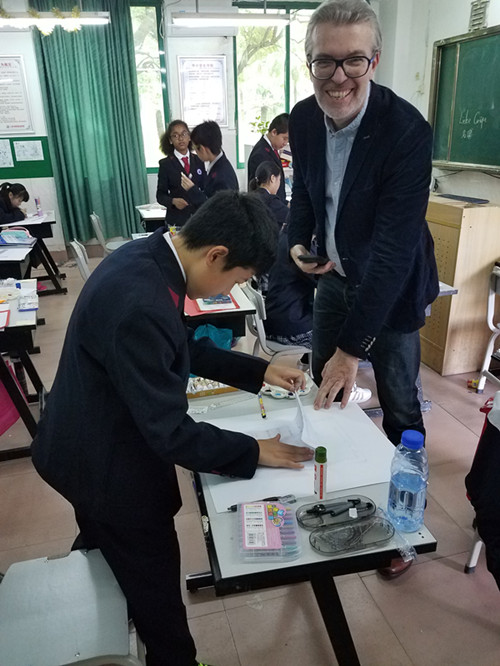 Our students were very excited about thisopportunity and enjoyed the workshop a lot.

4 selected works of our students are currentlydisplayed at the German Consulate General of Guangzhou, for which we feelhonored.