In order to stimulate the interest ofinternational students to learn Chinese and test the their study achievementsthis semester. On December 22nd, we held a Chinese speaking competition in theinternational classroom of the middle school.

There are tea performances, tongue twisters,dancing during the contest which are in various forms and each of them can't bemore wonderful.

The small international students worn thetraditional clothes of Han Dynasty and read a Chinese poem named , showingtheir thanks to the school and their classmates. They finally won the applauseof the parents on the spot! 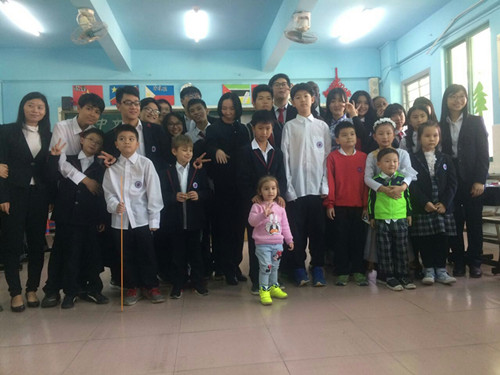 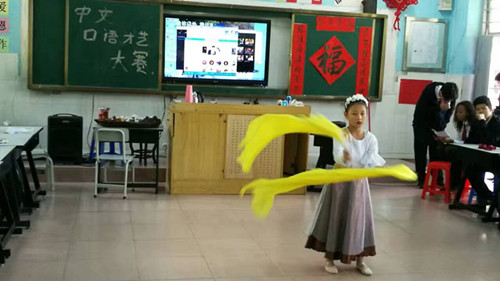 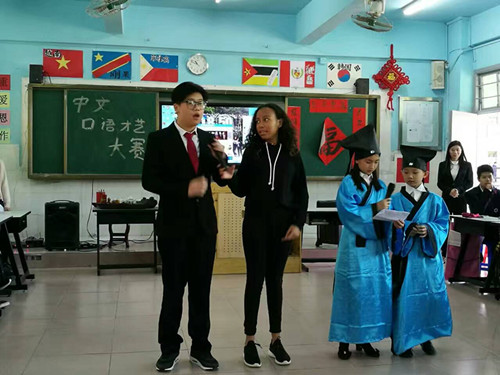 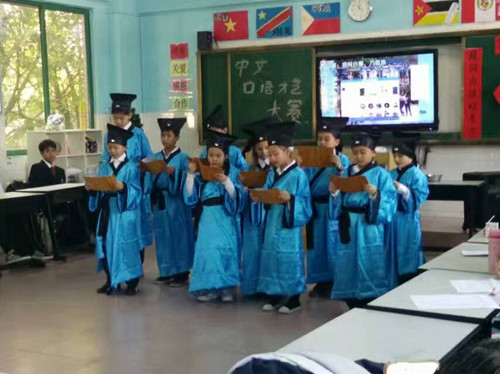