Saturday 19th October saw the GuangzhouRams play their first home game of the season and their second game of the AllChina Cup!

The Rams came up against local rivals The Shenzhen Dragons in what promised to be aferocious battle.

Before the Rams v Dragons, the hardworkingdirector of rugby had organised a small tournament for a Rams 2ndteam to play in along with the Dongguan Bulldogs and the newly formed CantonGeese.

Such is thedemand to play Rugby union in Guangzhou now that the rams have nearly 50players signed up, having this number of players would be seen as a luxury atmost rugby clubs but with each team only being able to name a match day squadof 23 it was meaning players were missing out on playing.

This is where the idea of running 2 teamswithin 1 club came from, with lots of hard work from the management committeeon the 19th October 2019  ithappened.

Making a return on the same day were the GuangzhouRams ladies’ team after an absence of nearly 3 years, they were also facing offagainst the Shenzhen Dragons ladies in a 7 a side version of the game!

So to the games, the Rams 2ndteam faced off against the Canton Geese in a fiercely contested match which sawthe Rams give debuts to 3 new players 2 of them playing in their very firstgame, the Geese coming out on top 20-10. Next up for the Rams 2ndteam were the vastly experienced Dongguan Bulldogs who boasted a wealth ofinternational talent and who had recently missed out onwinning the Saigon rugby 10s tournament, again the rams narrowly lost, loosing25-15 but players all gaining important experience from both games!

Nextup was the Rams ladies who have been reformed after a 3-year exodus. The ladieshad only had around 6 training sessions with their head coach Stu Nichols with? of them having never played rugby before, all the ladies played with greatheart and plenty of passion, unfortunately the Dragons proved too strongfielding a vastly experienced side and eventually winning 10-5! Head coach Stuwas left with a massive sense of achievement and pride in his team, while thereis still plenty to work on the girls gave it a real good shot and the future ofladies’ rugby in Guangzhou looks very bright.

The Rams ran rampant in the first halfscoring 8 tries to the dragons 0, after half time and a stern talking to fromtheir coach Benny Day the dragons began to look stronger and started to playsome attractive rugby, unfortunately to no avail as the Rams continued to dominatethe game in every aspect. Running out eventual winners 80-0.

Everyone at the Guangzhou Rams would liketo thank Huamei International school for allowing us to use their sports field andto host an incredible afternoon of rugby union, you truly were fantastic hosts!We are all looking forward to forging a solid relationship with the school byplaying future games there and also coming into the school and running somefree taster/introduction to rugby sessions for the children, it was great tosee so many teachers and children watching the games and taking photos to sharewith friends and family. 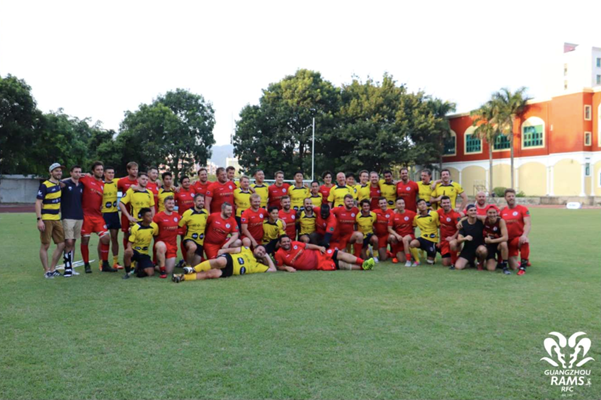 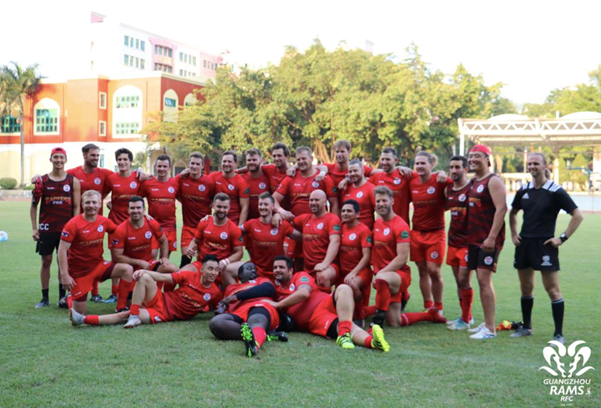 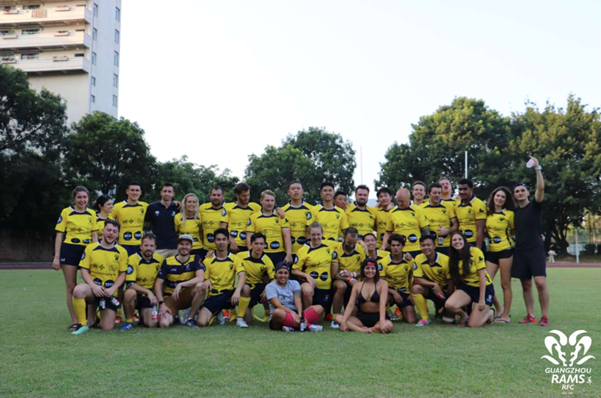 Hailing from South China’s first tiermega-city, the Guangzhou Rams RFC (GZ Rams) are an amateur rugby club based inGuangzhou, Guangdong, China. The GZ Rams have been an active rugby club for 22years (established in 1997) and have a strong reputation in China Rugby.

With the growth of Rugby Union in Chinanow rapidly on the rise now with the inclusion of 7’s into the Olympics.

The GZ Rams are multi-cultural club thebalances the leadership and culture of foreign players with local domesticplayers in attempt to grow the sport and continue to develop local and juniorrugby.