We are family!
Shared :

Guangzhou Huamei InternationalSchool was founded in 1993 by a groupof returned overseas Chinese scholars from Canada, who set “Integratingeastern and western educational philosophies, nurturing Chinese modern elites”as the mission of the school. Accredited by the Chinese governmental educationdepartments, the school  now ranks one ofthe best private boarding schools in Guangdong Province.

The schoolprovides professional and tailor-made programs ranging from kindergarten to Grade12,with four divisions- the Kindergarten, the Primary School (Grade 1 through 6),the Secondary School (Grade 7 through 12) and the Huamei-Bond InternationalCollege (offering Double Diplomas Program: Chinese High School Diploma andCanadian High School Diploma). The 3200 students, aged between 3 to 18 yearsold, represent all parts of Chinaand a dozen foreign countries. Upon completion of their studies, students canmove smoothly to both prestigious domestic and overseas universities to pursuefurther degrees.

Huameiinternational teachers are friendly, open-minded, easy-going, healthy andenergetic native English teachers from America,Canada, Britain and Australia,with at least bachelor’s degree and TESL certificates. They are trying tomotivate and engage their students by encouraging and facilitating them tothink, to question, to discuss, and to debate, which contributes to thestudents’ improvement in thinking skills, team-work, in addition to theimprovement of the students’ comprehensive abilities of  English use.

InternationalExchange Office (IEO) is one of the administration department of Guangzhou Huamei International School,one of its function is to provide better assistance for the internationalteachers regarding to the issues of their working, housing and visa applicationand so on. We can say that it acts as bridge between international teachers (ITs)and school administration.  In order tostrengthen the communication among IEO, ITs and school division administrators,we have organized several team building activities in the end of this semester,its not only provide a good chance to relax a little bit after a busy semester,but also make our team become much stronger. The activities are as below,

1.     There are 6 international teachers who areworking at Huamei Kindergarten. It looks like a mini United Nations, as theyare all from different countries, Ireland,Russia, Britain, and America.On December 30th,  we haveinvited them to conduct karting. The game time was short, and game was verystimulate and interesting, we have all enjoyed it very much. 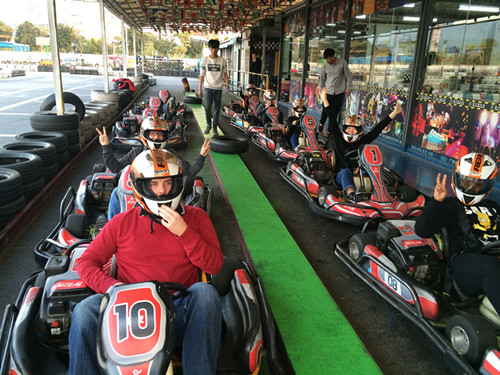 2.     On January 7th, we have brought middle school teachers to a Spa, there are many different facilities can beused, and delicious food severed as well, what we can do was just relaxation,and make it likes a social party, everyone wore pajama to walk around,  divided into different groups to played Ping pong, snooker, computer game andso on. 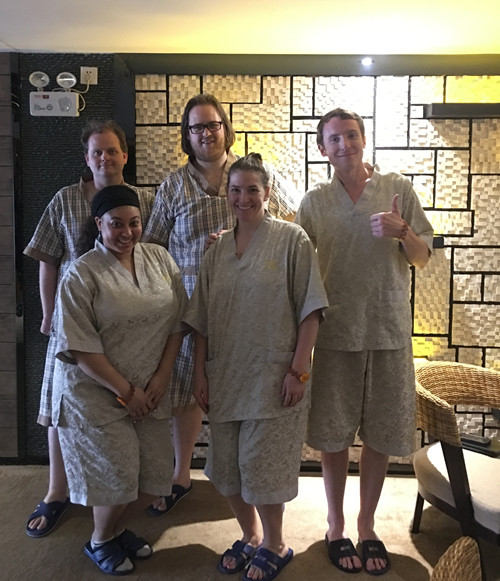 3.     On January 9th, all the primary GIAinternational teachers have decided to do a laser tag again, as it has been oneyear passed since we had  played togetherin December, 2015. This time, even though we have less people, but theexperience of team building has been proved to run and finish successfully, asthere were many kinds game scenes to advance our team work, and communicationskill. We need to run, hide, shoot, and think about some way to captureenemies, also work together with your team to complete  the missions and bring the honors in the end.Everyone was tired in the end, but have gained a wonderful experience. 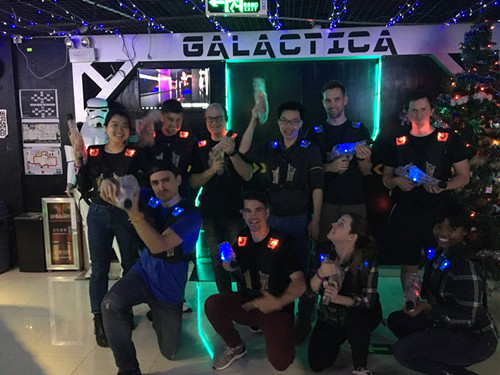 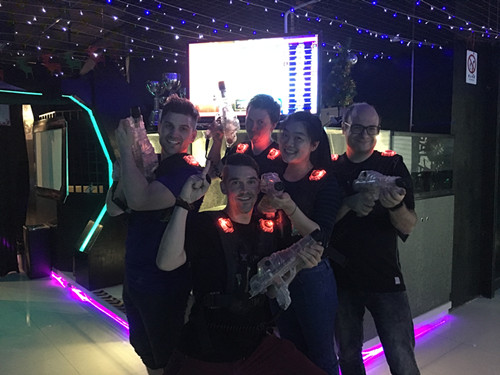 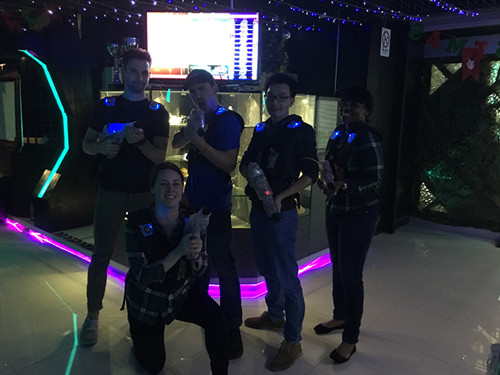 As an international school, international teachers contributions are not negative, they have showedus, and approve themselves how they are popular and loved by the students andfaculties at Huamei. We are grateful that we have a strong internationalteacher team here, we are always, and will, treat them like one of our familymember,  we believe that our studentswill receive great results and our teachers’ working and living condition willbe better and better. We are looking forward to the next team buildingactivities of the new school year.