Guangzhou Huamei International School, Primary Section Choirs have demonstrated a passion for singing since the Primary School Division was established. The choirs have consistently made a lot of achievements in various chorus competitions. In April of 2018, the choirs participated in the preliminary contest of the first session Guangzhou Private School Chorus Competition in Tianhe district and entered the finals with the second prize. On May 20th, 2018, this group of passionate children with their art dreams gathered at Guangzhou Oriental Wende Plaza Golden Hall for the final contest. Again, the children garnered the second prize with their beautiful voice and devotion. Ms. Eleni Stamboli, the international music teacher in Primary School spent a lot of time training the children with her Chinese colleagues. She was very proud of the achievement the choirs have made so far. We believe that with the effort of Chinese and International music teachers as well as devoted students and supportive parents, the primary choir will continuously develop. 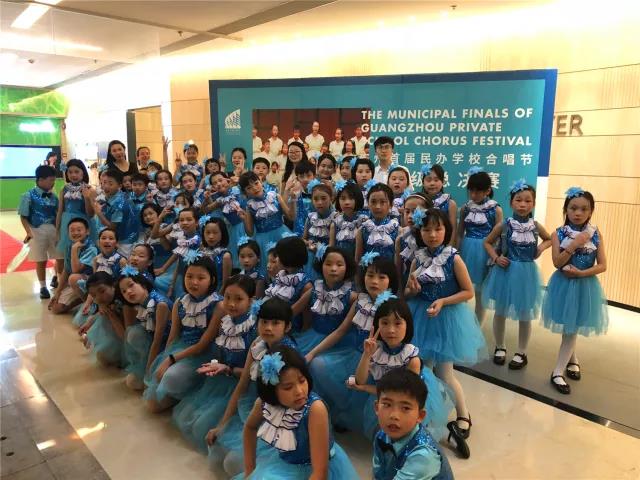