Are you ready forthe scariest holiday of the year? The one with spooky ghosts and hauntedhouses? Yes, it’s that time of the year again: Halloween! Witches, skeletons,jack-o-lanterns. Children, costumes, and games. It’s a time of the year wherechildren can dress up and pretend to be something they’ve always wanted to be;maybe they’ve always wanted to be that special superhero, that beautiful princess, or that scary witch that pops out to frighten others. Well, Halloweenis when they can do that, and they can go trick-or-treating and participate indifferent Halloween activities. 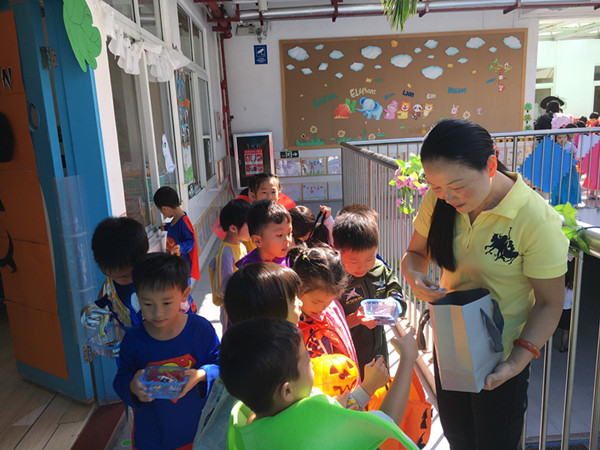 Preparation for Halloween took an entire week. During this time, staff put up decorations around the school, built a haunted house, and completed arts & crafts activities with their students. Some of the classroom activities included making Halloween silhouettes, paper plate ghosts, and coloring, as well aspracticing for trick-or-treating, reading scary stories (with light-upHalloween lights), and apple bobbing. On Halloween, students were able toparticipate in a giant pumpkin race and pumpkin bowling. 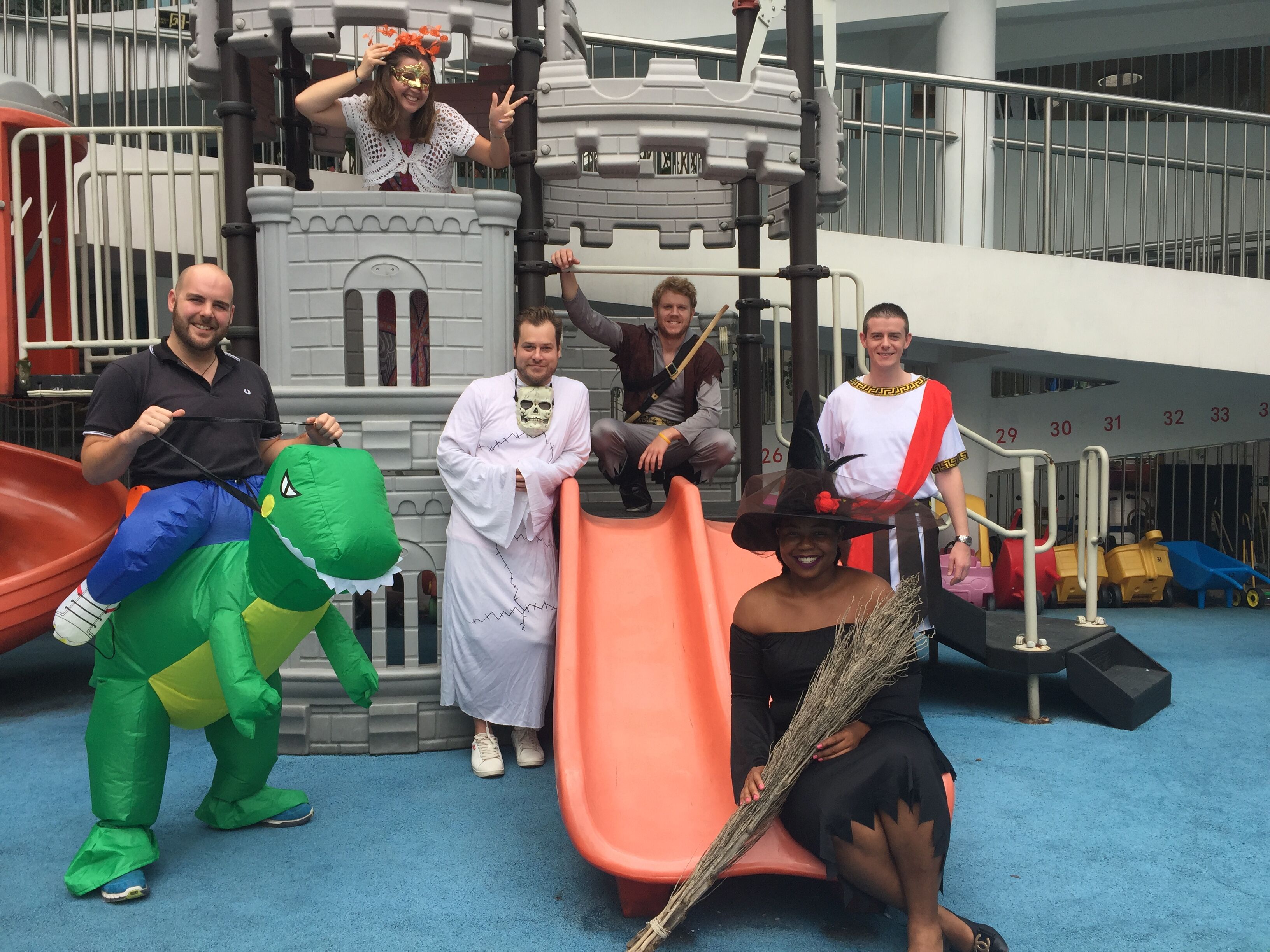 Students were already happy about their costumes, but this year was extra special, because Huamei wanted to make the students even happier than they already were, so weset up a Halloween Fashion Show. Kids wearing elaborate costumes walked down the runway and showed off their special costumes. Scary and cute, beautiful and handsome, the children were all smiles as they had their pictures taken again and again. Those smiles did not last long, though, as kids were sent into this year’s haunted house, an experience which, for a kindergartner, was terrifying.In the end, however, the thrill of being frightened was so exciting that most students wanted to do it a second time. 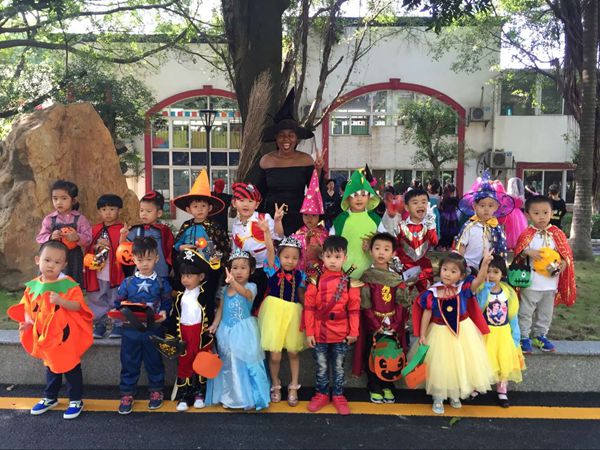 Though each child has their own favorite part about Halloween, trick-or-treating is right up there as number one for most kids, and it was no different this year.Trick-or-treating was a great way to not only get candy, but also for thestudents to practice both their English and their manners, as they wereconstantly saying, “please” and “thank you”. Huamei Halloween for 2016 was ahuge success, and the children had a lot of fun. Get ready, though, because there are many more holidays just around the corner. 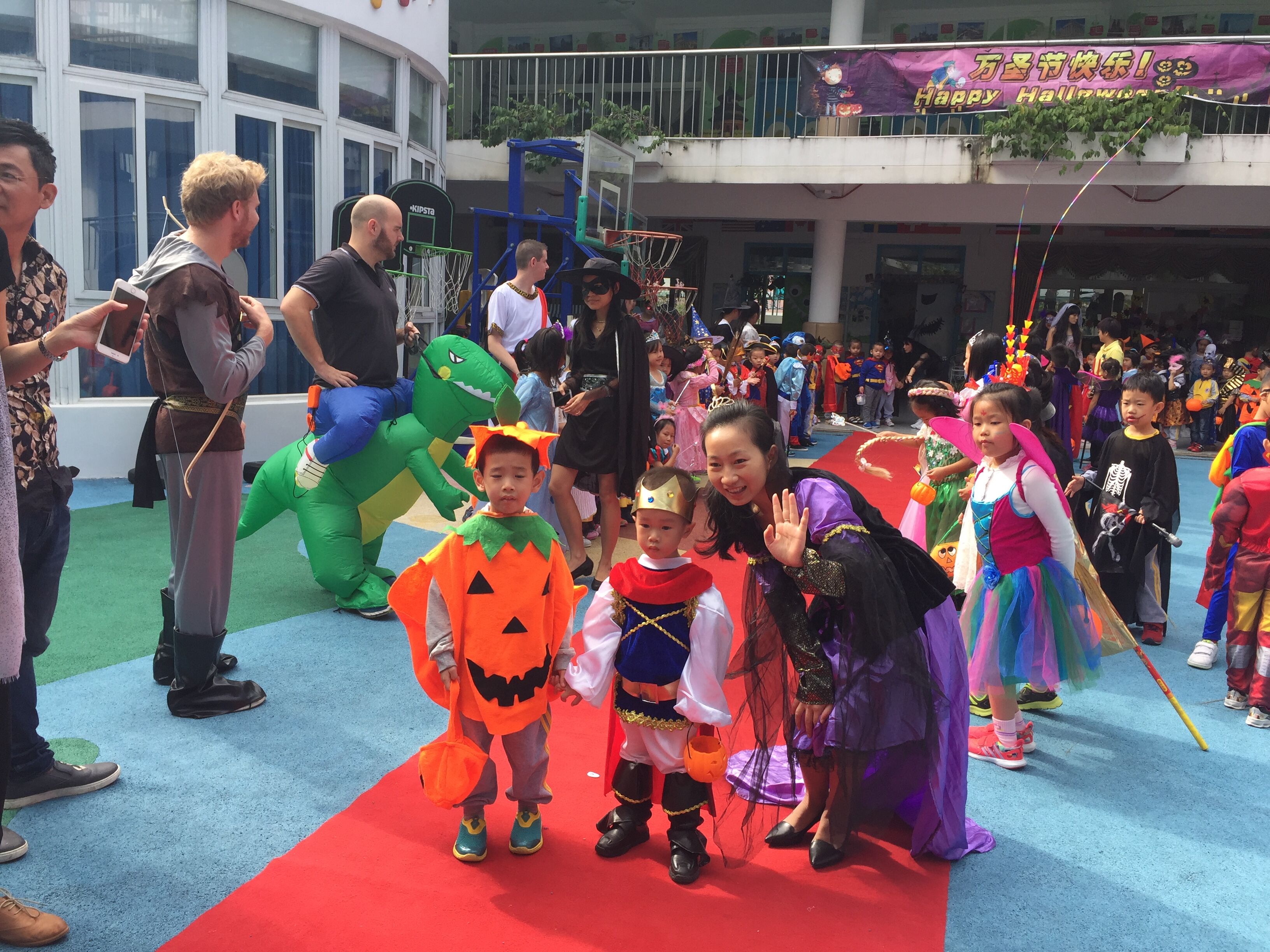 Hey, my name is Ian. I'm 27 yearsold and I'm from the U.S. I've been teaching for five years now and Iabsolutely love working with children. Before teaching, I use to work as acounselor for U.S. students attending summer camps. I love reading, writing,playing sports, and of course, traveling. I'm really excited for the new schoolyear and look forward to working with everybody.